You are here Home » Liposuction

With liposuction method, the increase in sub dermal regional fat tissues can be corrected. This method is not a general weight loss method

In order to remove the tissue, a direct pre-treatment is required. Regardless of the liposuction device (suctioning pump, vibrating suction, ejectors), liquid is injected on certain regions.

Then, the whole tissue swells; thus fat cells are resolved and sucked via a cannula.

Relevant regions are marked and then disinfected and a liquid including anaesthetic material and vasoconstrictor is injected.

Injected medicine becomes efficient within half an hour and then a cannula is placed on the sub dermal fat tissue through a 5 mm section. The injected medicine remains active for 4 or 5 hours, in the meantime you feel no pain. 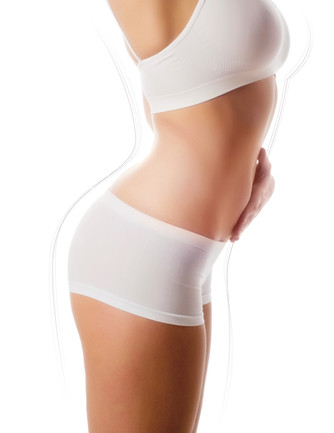 Get your liposuction from the world-known doctors in Turkey.

It is very exhausting to absorb fat tissue through mechanical ways. Therefore, assistive equipment that will make the job of a plastic surgeon easier has been developed in industry:

Vibrating liposuction: Fat cells are removed from their tissue bond after being vibrated by placing suction cannulas over an electronic motor through vibration.

Water included liposuction: With this process, fat cells on tissue bonds are washed with a high pressure needle. This method preserves the veins and nerves nearby and a completely clean fat is obtained. This fat may be later used to correct possible wrinkles or to enhance tissues elsewhere such as stuffing the cheekbone area or it may be used for mammoplasty enlargement.

Laser liposuction: A small laser included cannula with 1-2 mm diameter is placed under the skin. Reciprocating action of the cannula enables that the laser beam has a direct effect on the tissue cell and thus destroys it. Laser beam also has an effect on sub dermal area where it causes a decrease in skin fibre.

You do not have any complaints for about 2 days after the operation. However, then you might have complaints such as muscle stiffness and muscle pain. You must wear compress underwear for 6 weeks. This enables that spaces opened to remove fat tissues are closed.

In the beginning, there will be leaks consisted of the remains of the diluting material mixed with blood from the entry holes, for two days. This is very normal.

This website uses cookies to improve your experience while you navigate through the website. Out of these, the cookies that are categorized as necessary are stored on your browser as they are essential for the working of basic functionalities of the website. We also use third-party cookies that help us analyze and understand how you use this website. These cookies will be stored in your browser only with your consent. You also have the option to opt-out of these cookies. But opting out of some of these cookies may affect your browsing experience.
Necessary Always Enabled
Necessary cookies are absolutely essential for the website to function properly. This category only includes cookies that ensures basic functionalities and security features of the website. These cookies do not store any personal information.
Non-necessary
Any cookies that may not be particularly necessary for the website to function and is used specifically to collect user personal data via analytics, ads, other embedded contents are termed as non-necessary cookies. It is mandatory to procure user consent prior to running these cookies on your website.
SAVE & ACCEPT